Back to Basics: Square Root Implementation in Python

Two days ago a friend of mine who is a computer science student asked me about the simplest square root algorithm that I know about. Well, I know how pesky students suffer when trying to computer square roots, so I had to choose an easy one. 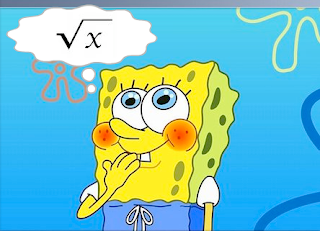 I know about the famous Cramack method but this sounds complicated to me (though it's the most efficient method AFAIK). So I preferred the goody (Guess, Evaluate, Improve) method. So for example if I want to calculate the square root of the number let's say, 2, my strategy will be like the following:


Note that I didn't use the term "equals" when evaluating the expression, rather I used the term "near enough" and this is because, with numbers that are not full squares (like 2 for example), the square root is going to be a floating point number (square root of 2 = 1.414213562373095). Now if you multiply this number --the square root of 2-- by itself, you should expect to have 2 as an answer. Well, that's not gonna happen, rather you're going to get (2.0000000000000004). This is happening due to the way that computers handle floating point numbers --which is a topic of other series of posts by itself. In this case if you used the term equals (or == operator) when evaluating the guess you will never make it, and your program will not halt. That's why I carefully used the term near enough. Defining what near enough means is your choice now, for certain situations you might consider a number that is less than the square root by 0.1 is near enough or 0.001 or 0.0001, etc. This depends on the level of precision that you need for your specific scenario.

Version written in haskell. Looks fine by me :) And a bit shorter

With this code we can approximate any non linear function without extremums in range of work.